Napoleon’s Hat for my father

Yesterday it was Lise who received a cake for her birthday – today it is my fathers turn – it is his birthday today.
He has chosen his own cake and he chose a classic Danish “tørkage” – A Napoleon’s Hat. “Tørkage” translates to “dry cake” and it isn’t, it just means a cake without cream filling and whipped cream.
My father also had another advantage – he tasted the Napoleon cakes, both the large and the small ones. We celebrated his birthday this weekend.

A Napoleon’s Hat is a shortbread cake shaped like a triangular hat filled with marzipan mass, the bottom of the cake is covered in dark chocolate. According to what I have read, the cake was invented in the second half of the 1800s. At that time many cakes in Denmark was named after Napoleon. For example Napoleon’s cake, a cream cake, made of puff pastry and filled with pastry cream, whipped cream, raspberry jam and icing on top – hmm perhaps another time.

I wanted to see if Napoleon’s Hats were good as a petit four. So I made the cakes in two sizes – they each have their advantage. You taste the chocolate flavour more when the cakes are small, so choose a good dark chocolate. The small cakes take a loooong time to make, you have to roll out SO much pastry dough. It is faster if you make the cakes large.

My father was fond of his cakes, and that’s great. 😀
The Napoleon’s Hats was also a hit with the rest of the family, big and small. My brother in law liked the taste so much that he tried to order them for his 40th birthday.

I did not know that Napoleon’s Hats also was one of my sister’s favourite cakes. I can’t remember she ordered that kind of cake in our café days.
My sister has another cake in mind for her birthday – now I have to find time to experiment.

The combination of crisp pastry, soft cake and tempered dark chocolate is good.
The fact that there are different textures from soft to crunchy, is always a hit in food. Things just taste better, if the mouth, nose and ears are stimulated.

This is the first time I bake Napoleon’s hats, so of course, there are things I would change.
Next time I will use MUCH more marzipan mass, it tastes good and I like the taste of almonds and marzipan.
Maybe I’ll try to get more elderflower flavour in – I haven’t quite thought out how, maybe in the shortcrust pastry?
The shortcrust pastry is easy and it has a good buttery taste, so this is the recipe I’ll use for pies from now on.

Right now there’s been a lot of classic Danish pastries on the blog, and it fits the name – Danish Things. It also fits the traditions that we have for birthday celebrations – happy birthday. 😀 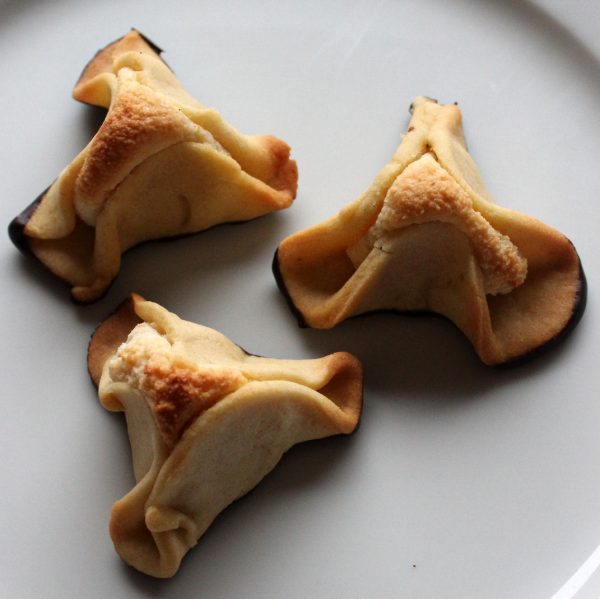 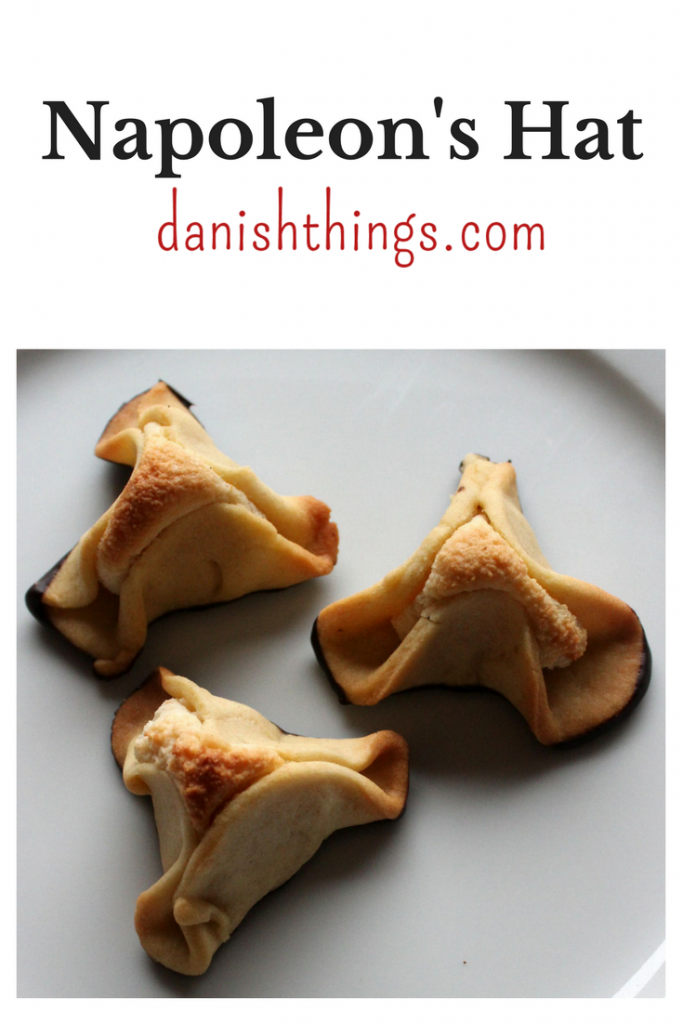 Be aware – The translation is not always correct 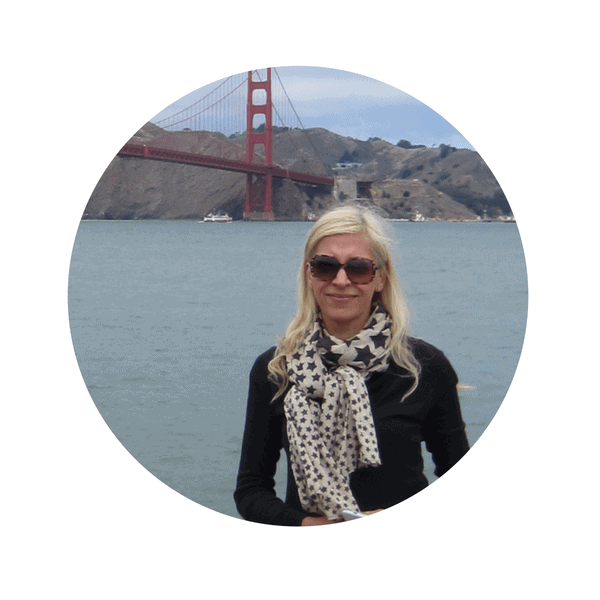 Hi, my name is Christel, welcome to Danish Things - here you will find Danish recipes, templates, prints and inspiration for all seasons.
Continue Reading